This, as I see it, is the fundamental problem facing the current power structure (explained using adorable piggies). 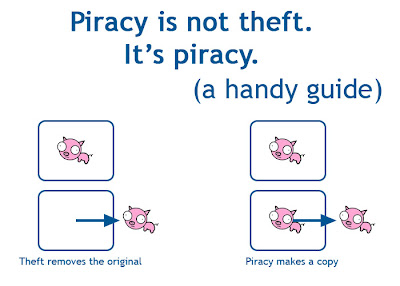 (via eatliver)
Written by the unbeatable kid 5 comments:

Last week Sweden met France in a friendly that featured a young cohesive French team with few servings of panache. There was a lot of skill in this game starting with Henrik Larsson's opening goal. Henry's assist at 3:44 is pretty sweet as well. Unfortunately, this video has some problems (2:50 - 3:40) in the middle but just skip that part.

I hope this game makes Raymond Domenech shake up his lineup a little.
Written by the unbeatable kid No comments:

This is my favorite new conspiracy theory video. It makes no sense.

I don't know how seriously it was intended to be taken but I kind of don't care.
Written by the unbeatable kid 1 comment:

To be a Man

I've been promising Vanessa that I'd put up this movie for a long time. It runs almost an hour but is full of insight into modern masculinity.

I stumbled onto some of these concepts early on in college as I was first exposed to feminist analysis. I remember making a clumsy and somewhat unconvincing argument that men are oppressed by the concept of masculine dominance as women are of feminine submission. Katz makes this point by examining the connection between a dominant masculinity, race, and poor urban populations.
Written by the unbeatable kid 2 comments:

I Would Never Cut You Off But...

This is why you don't see many media presentations of first hand accounts from civilians caught in war zones.

They're not as good at spinning a story as the professionals are. Luckily, our intrepid reporter is on hand to reign things in when the amateurs get off script.

Not that Russia is entirely blameless in this conflict either but the picture from the US media that the Russians are responsible start to finish with what's happening in Georgia is comically lopsided.
Written by the unbeatable kid 5 comments:

Step Your Game Up

So, seeing as how The Unbeatable Kid is a bit "indisposed" at the moment I have decided it is time to step up to the plate and do my part to rep the Hills from afar.
Check out these photos I took at the "i am 8-Bit" art exhibit in Hollywoood!!! (how come I can't say or type Hollywoood!!! w/o the exclamation marks and a little bit of extra "ooo" too?) 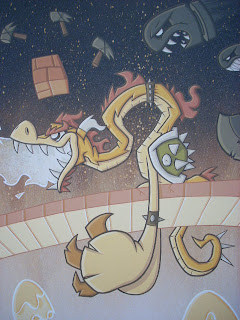 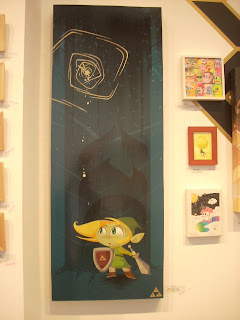 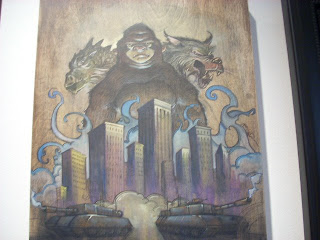 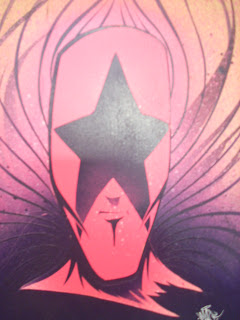 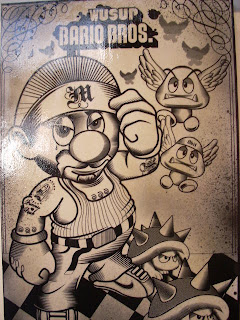 Now I didn't get the names of any of the artist who created these geektastic masterpieces so I can't properly credit them, but who ever they are they put the "Doh!" dope and I bow down to their supreme freshness. Word up, I nearly slipped in a puddle of my own brand of nerd sauce when I saw that Starman painting.
And this was painted on the gallery wall. 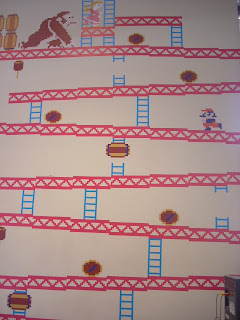 Arggh!!! So Dope!!! If you ever get a chance to check this exhibit out, DO IT!!!
Written by Kid Dammit 2 comments:

Sorry folks. I've been out of touch with the internet for past month, only rarely peeping my head up to post something. The story is that I quit my job in mid July and moved back to Westchester where I'm living with my parents until I sort out what my next step is. In the meantime, my girlfriend got a great job in DC so we've been alternating weekends commuting to see each other.

I don't mean to complain because I've really been enjoying myself but the traveling to DC, looking for jobs, working on grad school applications and setting in are distracting me from posting anything. and that may not change anytime soon.
Written by the unbeatable kid No comments:

In Honor of Bernie Mac and Issac Hayes

Over the past month, the world lost three great and fiercely independent entertainers, George Carlin, Isaac Hayes, and Bernie Mac. While I can't say that I agreed with them on all of their outspoken stances, I really did like their work and appreciated their refusal to work to anyone else's standards but their own.

I thought about putting up my favorite examples of their work but on second thought these guys are popular and mainstream enough that it's unnecessary. of Bernie Mac delivering a routine that has so much energy and unrelenting pace that it borders on a sermon. and the outfit is fantastic.

A few weeks ago, I happpened upon a brief newspaper snippet about the jazz singer, Sophie Milman. In the article, the writer tells the story of how Milman's CD came to a local promoter without a cover. This promoter listened to some of her songs and liked her Ella Fitzgeraldish voice. "I figured it was a 40-something singer," he's quoted as saying. He goes on to mention that this type of voice is usually the purview of large people.

And then, story takes a delicious twist. You see, Sophie Milman actually looks like this: 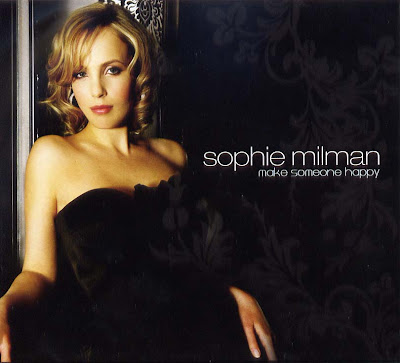 The article then implies that once the promoter saw a picture of Milman, he just had to sign that voice. Apparently, it's the head shot and measurements that get you the gig and 40 year old overweight black women need not apply.

I'm not saying that Milman is not a good artist or a great singer; She has a technically gifted and well trained voice. My problem is that the 18-25 year old white girl that sounds even remotely like a 40 year old black woman is a recipe that never fails to make the music industry drool itself. This has nothing to do with her talent, desire or personality but has everything to do with the shallow vision of the entertainment machine.

What I'm talking about goes beyond "video killed the radio star." It's the matter of mere facade versus real depth and the newspaper story about Milman is a mild example of it. Milman has depth but depth isn't what sells her. The facade is more important.

For a stronger case, let me just say that I can do nothing extreme enough to avoid hearing about Brittany or Christina while at the same time the singers that I would like are probably considered too old, too black and too plain looking to merit any coverage. A lot of the best artists today have been forced into the independent music scene whether they like it or not.

By the way here's what Ella Fitzgerald looked like at 23: 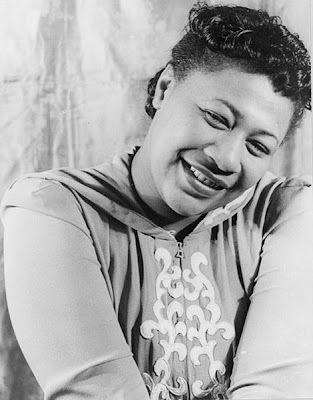 There is an incredible honesty in that photo yet when was the last time you saw an album cover or promotion like it? As much as I like this picture, it would be unusable in today's mainstream music industry. It's not sexy enough, not trendy enough, not underground or buzz laden or edgy enough.

The whole thing reminds me of this Dan Kennedy quote that he got from the chairmen of the record label he worked for, "I don't tell people I'm in the record business, I tell people I'm in the business of delivering a lifestyle - hooded sweatshirts and other merchandise, merch that features various band logos, licensing soft drinks, everything. There's no limit to how this business can become a business of selling a way of living more than simply selling music".
Written by the unbeatable kid No comments:

If China bashing was an Olympic sport, the US would be proudly wearing the gold, silver and bronze metals.

I'm not sure why I feel the need to say this but, the skit is from the onion - i.e. not real news.
Written by the unbeatable kid No comments:

This video borders on the nonsensical but I feel it's worth posting nonetheless.