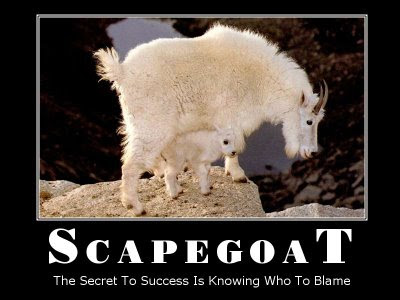 Good news if you're Lou Dobbs! Soon the US economy will be so bad that mexicans and other south of the border types won't be immigrating here for the jobs that don't exist. Hooray! Everyone wins!
Written by the unbeatable kid No comments:

How good is Dimitar Berbatov? Well, watch him beat this defender as nonchalantly as if he's hailing a cab. Incredible skill and incredible calm.

The big Bulgarian has been one of my favorite players for quite some time now.
Written by the unbeatable kid No comments:

Q: Which single item would you like to take to a remote island?

A: I would not go to the island in the first place. I would be too alone.

Q: If you were invisible for one day - what would you do?

A: My wife would probably say I would go into the city so I could saunter around and go about my business invisibly but, at my age, I don't have the patience for such things.

Q: If you were not a footballer - what would you be?

A: I would probably still be at the weaving mill in Nerdlingen where I worked until I was 16.

From an interview with football great, Gerd Muller
Written by the unbeatable kid 1 comment:

So the news has been all over the latest Bush bonanza with constant analysis of the shoe throwing incident. While I do admit that the video clip is completely hilarious and actually admire Bush's reaction (the fact that his first emotional reaction was to laugh is pretty damn awesome), do we really need "ANALYSIS"?

Every opening segment starts with: "shoe throwing is considered a deep insult in the Arab culture." Really? In America it is actually considered an act of affection. In fact, nothing says I love you more than a shoe slap across the face.

I cannot contain my excitement at finding out that Aasif Mandvi is Indian. No more hanging my head in shame over M Night Shyamalan and Dr. Sanjay Gupta.

Fat Enough to Rip the Mic

Whatever god it is that rules over synchronicity is throwing a literal ton of fat singers at me these days. It started a few days ago when Recon and another old friend entirely independently posted some old Fat Boys videos. In case you missed out on the 80s, the Fat Boys rocked the house. The human beat box alone should have an entire wing in the hip hop hall of fame to himself and don't get me started on "Disorderlies."

Then, this came up and has been making the rounds on the feminist blogs. The singer Amanda Palmer got into a bit of a tiff with her record label because they wanted to digitally alter her image and she refused. They wanted to make her look less fat. Oh, and by less fat, I mean that they wanted to move her from the normal human look to the grossly underweight look. If the music industry wasn't so consistently incompetent, I might think the whole thing was a publicity stunt to stir up some buzz amongst online feminists.

Those of you who read my blog should know by now that I have a history of complaining about the music industry and the Amanda Palmer incident seems more of the same. Palmer is the real deal. In that vein, I thought that I would mention a certain woman named Etta James.

Plenty of people have great voices but few people can actually sing. Mariah Carey and Christina Aguilera both have astonishing vocal skill and wail on some classic jazz numbers but to what end? I know people who love these singers but when I listen to them I hear the ability and it doesn't do much for me otherwise. Here are links to "At Last" as sung by Christina Aguilera and by Etta James. Take a listen and see what you think.

FYI this is what Etta James looked like as a young singer: 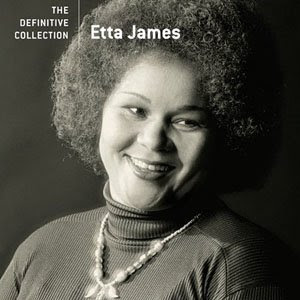 Another great photo and yet I shudder to think what a music industry exec would have to say about the girl in it if she was trying to break into the business today. Luckily, we'll all avoid such showbiz cruelty since the new movie about Etta's life will star Beyoncé and I doubt that she'll be putting on weight for the role.


Update!
Pandagon has a post on the new movie "Cadillac Records." It includes a this video of James singing "Something's Got a Hold on Me."
Written by the unbeatable kid No comments:

Part 1:
I once tried to explain to a Norwegian woman why it was so hard for me to find health insurance. I'd had breast cancer, I told her, and she looked at me blankly. "But then you really need insurance, right?" Of course, and that's why I couldn't have it.
- Barbara Ehrenreich

Part 2:
Check out the US and Cuba sitting right next to each other. Can you say outlier?

(quote via Project Censcored's Practices in Health Care and chart via the Atlas of Global Inequality)
Written by the unbeatable kid No comments:

YOU HEARD IT HERE FIRST FOLKS!

I wanted to wait and see if Bynum was healthy, so I apologize for the late pick. But while the season is still young I would like to give you all a little insight:

Lakers Win. That's right, I national championship for the 08-09 season. I wish I could predict the opposing team, but it really doesn't matter.
Written by Diggs 1 comment: