I'm not a big fan of comedy from the 50's and 60's. There's a mean and often misogynist edge to the jokes of those days that just doesn't sit well with me. I'm not saying that mean can't be funny (because it can). The real problem with mean humor is when it isn't funny.

One comic from that period that I find hilarious is Buddy Hackett. Here he is going off script on the Dean Martin Show:

Because when I'm weaving a Navajo rug, I don't like to get lint on my jammies.
Written by the unbeatable kid No comments:

Where have I been?

Hello, Internet. Good to see you again. The horror of Grad school applications and the joy of Christmas have kept me away for the past month. Now, I'm once again hopping around eagerly like a lanky British pugilist.

The grad school applications went OK. The process seems to be designed to test ones ability to jump through a large number of bureaucratic hoops. I'll spare you the bone-grindingly boring details except to say that the GRE is the biggest scam since that Nigerian secretary of the Treasury died and left millions of dollars to anyone with a bank account.

Finally, I have all the objective evidence I need to prove that I am an awful writer.
Written by the unbeatable kid 3 comments:

The theme for this contest is "A Touch of Class." 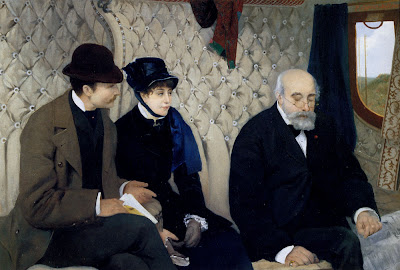 Y'all should know the rules by now. Just put some words in people's mouths. 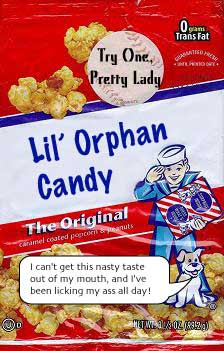 I couldn't pick just one so I combined a couple. There were a lot of great entries for this contest. Thanks everybody.
Written by the unbeatable kid No comments:

My mind is a little fried right now from spending too many hours between work and the applications. Fortunately, I've developed the perfect antidote.

Bananaman, take me away!!
Written by the unbeatable kid 4 comments:

Now I thought the only purpose of the above doctrine was to trick MBE test takers ("Multi-State Bar Exam" taken nationally in addition to State bar exams) into selecting the wrong answer choice in the minute and 48 seconds you have to answer each of 200 questions. Well Adam Liptak of the NY Times has a full story on this mainly American legal theory. The theory goes something like this: any unintended homicide during the commission of a felony, or immediate flight therefrom, is tantamount to murder. What the doctrine does is replace the specific intent needed to commit murder with the intent to commit a felony + an unintentional death (Burglary, Robbery, Arson, Kidnapping, Escape from police custody, Rape, and Sodomy) and finds that sufficient for murder. EG - if I decide to rob a house and the owner dies of a heart attack when he sees me: MURDER.

Therefore you can have a result like the one in the NY times article where a man who lends his car so his friends can rob a safe owned by a local drug dealer, is found guilty of murder when one of his friends killed the drug dealer's 18 year old daughter. He is now serving life in prison without the possibility of parole. No doubt there are other less "sympathetic" examples, but why would the NY Times care to discuss those? For example, if I decide to help my friends burn down a house by pouring gas everywhere, and my friend physically lights the match, sets the house on fire, and somebody dies: not sure there is much of a difference between myself and my friend. But we are talking mass media here. You get side one on Tuesday and possibly side two Thursday. Sorry I digress.

The article states that felony murder originated as an English common law doctrine, but now America seems to be one of the few countries that still uses it (it would take about a month to verify). The justification seems to be if you share intent to commit a felony you should share in the results (seems arguable). It is sometimes argued that the doctrine has a deterrent effect, but I doubt those committing felony murder are up to date on legal jurisprudence.

I personally don't have much of a view on the issue as I'm not interested in criminal law, and policy ain't my thang. But I would nonetheless like to see the felony murder rule dropped so the damn MBE can stop tricking students.
Written by Diggs No comments:

Quotes of the day

The NY Times had an article a few months back entitled "Clinton-Obama Quandary for Many Black Women." Will black woman support Clinton because she's a woman or Obama because he's black. For once I'd like someone point out how strange that kind of questions is. Do white males ask themselves whether they should I vote for Obama because he's male or Clinton because she's white?

The article centers around a primarily black hair salon in a South Carolina. The employees and patrons of the salon were asked to give their feelings toward the candidates. The quotes from the women reveal much about how they view American society.

One hairdresser, Miss Clara, said of Obama, “I fear that they just would kill him, that he wouldn’t even have a chance,” She goes on to say that she considers not voting for him in order to protect him.

Another woman says, “President Kennedy was a good person, and somebody took him down,” to which many of the woman agree.

“I don’t think they’d let a woman run the country,”

“[Edwards] can be elected because this is still America, and white men still rule,”

These sentiments may or may not accurately reflect your reality but they do make clear how these woman feel society and politics is governed. It is a system run by the privileged and enforced by violence. The privileged are white men who rule.

However they got it, that kind of perspective is toxic to a participatory democracy.
Written by the unbeatable kid 2 comments: