Scholars of the British Empire tend to display simple amnesia: the systematic omission of subjects that are impossible to square with the idea of "liberal imperialism." For example, both Niall Ferguson and the Cambridge Illustrated History of the British Empire skip lightly over the fact that the empire operated the world's largest and most successful drug cartel. During the nineteenth century, Britain fought two wars of choice with China to force it to import opium. The Australian scholar Carl A. Trocki concludes that, given the huge profits from the sale of opium, "without the drug there probably would have been no British empire."

I remember being very confused about the Opium Wars in high school. This was during the height of America's so called drug war. I found it hard to accept that Britain fought wars in order to force people to buy drugs. It's like something out of a bad Jean-Claude Van Damme movie. In the final fight scene, Van Damme does the splits and punches a snickering mustachioed Britain in the balls. 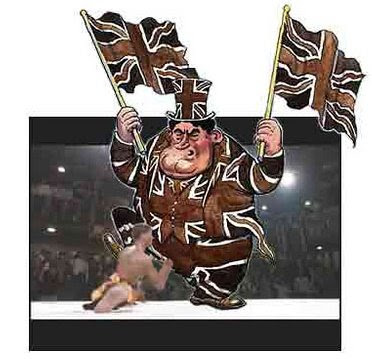 That sounds like it could be the best Van Damne movie of all time, FYI