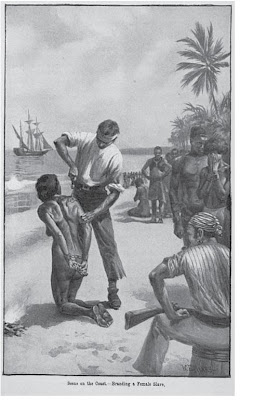 While thinking about the issues raised in the last post, I saw a juxtaposition between old colonial and civil war era images of the abuse of slaves and modern day images of abuses at Abu Ghraib. There are parallels between American views of Islamic nationalism and historical slavery. At least, I see parallel images of people lording over dark skinned men, naked and on the ground.

The principles of dominance are very similar whether you're talking about Middle Easterners or Negro slaves (although I feel these terms are inappropriate to describe these groups they are appropriate to describe attitudes about the groups). In both cases, the major justification for violent coercion has been to "stabilize" populations. These kinds of practices have been considered acceptable for many reasons. First of all, the recipients of violence are either tacitly or openly assumed to be less human than "the rest of us." Their values, morals, beliefs about proper governance, and intellects are lesser and therefore it is right that they be control by their superiors. This belief in the right to dominance has had several effects.

First, the "lesser natures" are of a specific kind that demands violence. These peoples are thought to be especially violent tempered and unable to understand rational dialogue. Therefore, violence becomes the best way to communicate with them because they will have difficulty understanding other methods that require reason and rationality. 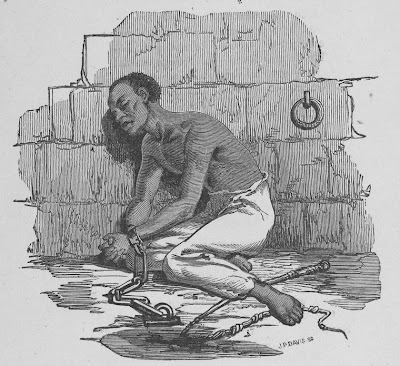 An overwhelming belief that Negros and Middle Easterners are very violent and dangerous is stoked and fueled by conventional wisdom of the time. Those that doubt the rebellious nature of these groups are said to have forgotten the lessons of Cato's Conspiracy, The Great Negro Plot of 1741, Nate Turner's Rebellion or even 9/11. The harsh measures adopted after these events were necessary to prevent further loss of life. The American populations have felt that rebellions and terrorist attacks could come at almost anytime from anywhere unless intense intimidation often in the form of torture is used. The function of torture is alienation of one population from another.

The lesser nature of these groups is used a second time to discount conditions which may have led to uprisings and terrorist attacks. Bin Ladin and Turner are portrayed as simple-minded sociopaths with no other motivations than an inate blind rage and blood lust. Any sense of empathy or attempt at understanding the underlying contentions of these groups is strongly discouraged and even thought to be traitorous. On a side note, I believe that discouraging empathy is one of the major functions of torture and in general torture is more useful at influencing those that identify with the victims than it is at dealing with the victims themselves. 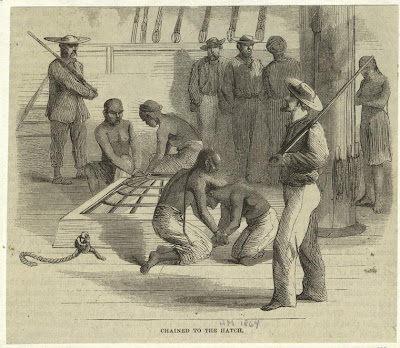 Suffice it to say I feel that whether it's "terrorists" or slaves, torture and violent coercion has no moral standing. Is it acceptable, today, to say that the American population was right to abuse and torture the ancestors of today's African Americans? America "may not be ready" to think that way. But, as more and more prominent politicians and news organizations endorse this kind of behavior in order to achieve a sense of control we move closer to accepting the philosophy behind such a belief.

(All photos via NYPL. Info on the pictures can be found here picture 1, picture 2, picture 3)
Written by the unbeatable kid

Unfortunately, the US has little institutional memory when it comes to past harms. This is obvious from one-on-one interactions as well as in the media. Since I have to read British mags and journals all the time I have found a big contrast- some British pundits bring up the fight to end slavery and often examine conflicts through the lens of colonial times. For example- this letter to the editor over at the BMJ ( http://www.bmj.com/cgi/eletters/334/7602/0#165929 )talks about how the push to change the way health care is delivered (in a more safe and effective manner, this is not about how to pay for healthcare) is like the fight to end slavery.