As a follow up to earlier posts about race in America (a definite possible trend lately), let me introduce you to a man that I think has this racial thing in a headlock: 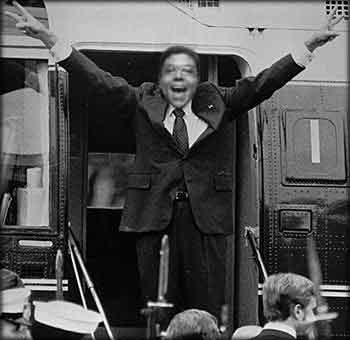 TAY ZONDAY BABY! POW!
Yes, youtube's favorite son is more than just a pretty face with a sweet baritone voice. He's been hitting social issues on the interview circuit with the surgical precision of a robot trained by a kung fu master.

Exhibit A - an interview for HHNLive. It's filled with choice quotes.

Seriously, is race something you choose? The whole point is that I don't choose it. It is somebody else's shortcut to my soul.

I guess I just respect any musician who puts themselves out there.

But you can't blame this prejudice on everyday people. Because the fantasy that all young black males must be hypermasculine, whereas young white males can be wholesome boy-band members, is promoted by business interests that need categories in which people will be predictable consumers. People are sick of these categories.

Exhibit B - an interview for MSPMag.com. Zonday takes the high road.

What Ralph Ellison was saying, echoing other black intellectuals like Zora Neal Hurston and his mentor, Richard Wright, was, “No, no, it’s not that simple. Hollywood is really the shadow, and society is the act.” It’s a fallacy that if there’s a stereotype in Hollywood, the people will go, “Gosh, that really does reflect what black people are like.” How can that stereotype be effective unless people are actually watching that, consuming that, in a life situation where they are not encountering other black people to begin with?

Exhibit C - Chocolate Cherry Rain. In this song, Tay Zonday performs a triple axle in a hall of mirrors. He rewrites his original hit "Chocolate Rain" into a completely different song about the original song. Dude is Brilliant.